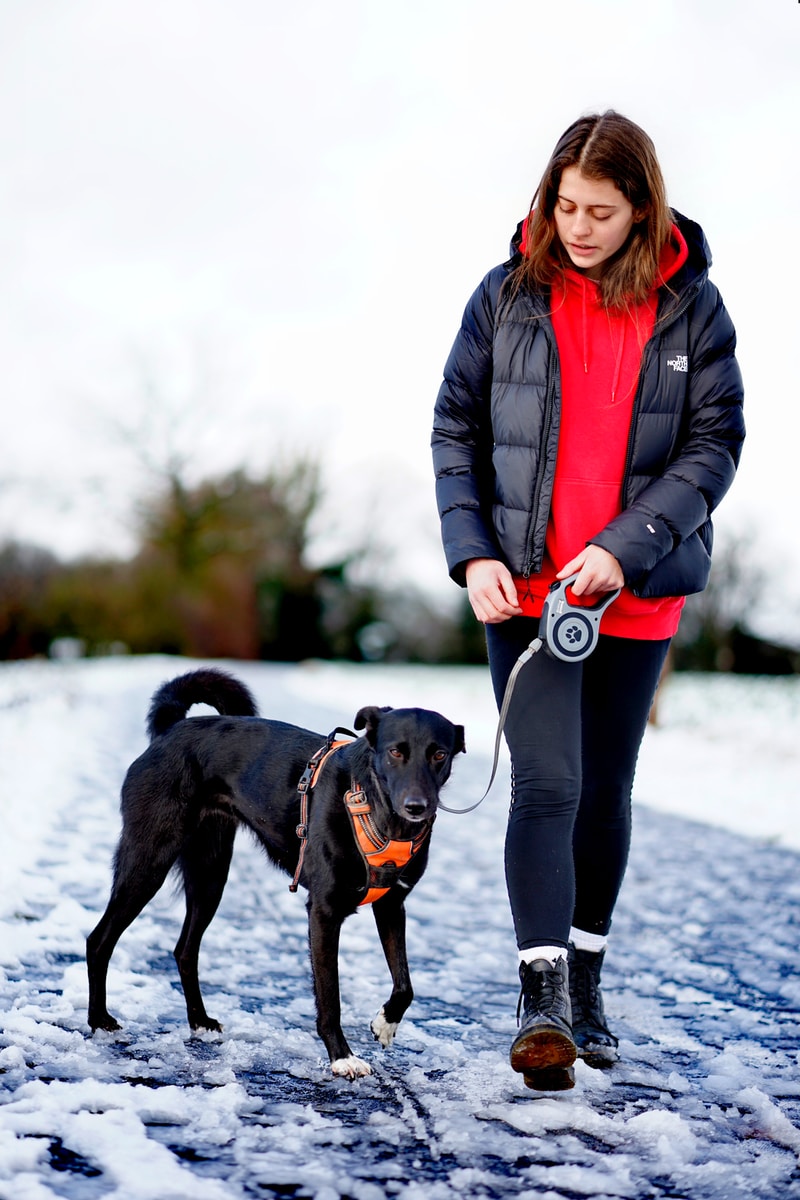 Three sisters sharing a demanding performance schedule across continents and climates can only imagine the conversations that take place. Danielle, Este and Alana Haim are the three sisters behind the L.A.-based rock band of the same name. One sentence is repeated so often that it could be mistakenly thought to be the refrain to a new song: “Who took my North Face jacket?”

After some technical difficulties, Alana says that “that sentence has been repeated many times on tour.” She then tells me via Zoom that Danielle and she are now able to log in to our call. This is the type of communication problem that pandemic-era communications can lead to, which Alana assures me she created the cyber meeting. She points out that Mercury is retrograde. She says, “You’re completely fine, it’s very cosmic,” before moving on to the topic of missing outerwear. Alana quickly identifies herself when I ask her which of the three sisters is responsible for an article disappearing from her closet.

“It is very rare that I wear anything that is 100% my own,” she confessed. She confesses that 90% of the outfits she wears every day are taken from Danielle’s wardrobe. Alana adds, “She loves it,” Danielle agrees. It’s hard to imagine Este, even though she wasn’t there, being on the same wavelength. Danielle and Alana assure me that Este’s stories are worth listening to if you like theirs. This affinity for multifaceted storytelling extends into discussions about their favorite North Face jackets. Danielle states that the coats have been with them through all stages of creating and performing their music. From morning hikes in LA where lyrics were conceived and contemplated to bus trips where they double as “security blankets”, Danielle adds. A classic, durable jacket can be worn while exploring new places. It’s like a time capsule that preserves tickets, stickers and other commemorative curios. They can be rediscovered at the end.

Daneille says that they have stood the test of time. The North Face created a digital archive to capture the meaning behind each piece of gear. They are asking wearers all over the globe to share stories and photos of their favorite items using the hashtag #MoreThanAJacket. HAIM and professional skier Ingrid Backstrom are just a few of the cultural figures and artists who submitted their coats for inclusion in the archive.

Six new collections will be released over the next few months, paying tribute to the same legacy of adventure captured in this digital archive. This includes a retro version of the fan-favo Nuptse puffer. The North Face has partnered with the San Francisco Museum of Modern Art for a series of participatory programs that will bring the archive to life at the museum next year. Both jackets, as far as Danielle’s and Alana’s personal contributions to this campaign, were second-hand. Danielle’s jacket was given to her by a friend or stolen. Alana’s was purchased at a San Francisco vintage shop.

The clothes-sharing economy is not something that the sisters are unfamiliar with. This includes borrowing clothes from one another. Since their high school days, they’ve been digging through $1 sales at their favorite local thrift store, where finding something actually good was akin to “basically winning the Olympics,” according to Alana. Danielle recalls that there was much of cutting long dresses into shorter dresses, as well as making pants into shorts. Danielle even made her own prom gown inspired by Phoebe Philo’s design aesthetic at Chloe in 2005. HAIM continues to bond through thrift shopping, which has enabled Alana to build a large vintage tshirt collection. That’s going to be the name of my memoir,” she says. Nothing… except, perhaps, the gloriously blue, marshmallow-y jacket she acquired on that fated outing in SF, which enters The North Face’s virtual hall of fame today. “This jacket is the last thing I wear every day when I go out. It goes with everything. She says it looks great. It looks great with everything.” 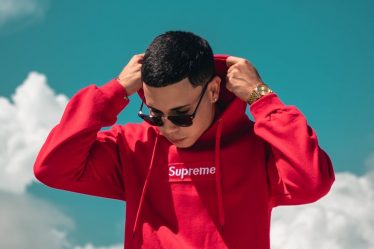 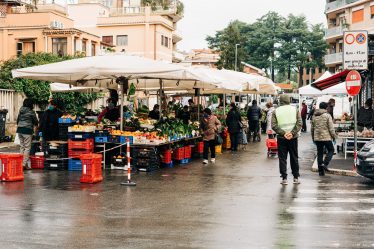 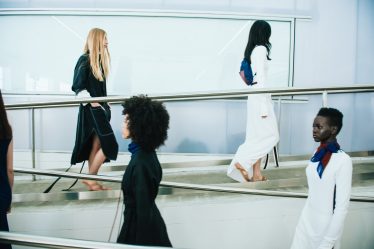