The Fabricant, an Amsterdam-based fashion label, auctioned its first digital couture dress in New York last month. It was sold for 9,500 US Dollars. Although it looks very real, the flowing fluorescent outfit is not real. It is a digital file. Virtual clothing is a bold vision of the future of fashion. It simultaneously predicts how people will interact with one another in the future.

Fabricant sold its couture piece at a New York blockchain summit on May 11. The silver bodysuit and transparent coat have been purchased. It will now be mounted on a high resolution photo of the new owner, digitally tailored. Although the blockchain community is more open to future tech experiments, the concept of virtual clothing has significant implications for the fashion industry.

In an Instagram post, The Fabricant, a start-up based in Amsterdam, stated that “in an environment that makes impossible possible, that wastes only data and exploits nothing except the imagination, physicality seems obsolete.” “In this new world there are no factories, supply chains or sample sizes. There are no delivery trucks or clothes to wash, and there are no closets to clean.

The company’s Instagram account is full of virtual products. It reads like a manifesto for a new digital fashion industry. Kerry Murphy, co-founder of The Fabricant, describes his vision in a sunny afternoon in his office with glass walls and green plants. He believes that the internet has opened up new avenues for people to communicate like never before. However, what we have now is only the beginning of digital life.

Murphy stated, “What’s already occurring is that we are building a virtual layer to our physical existence and this’s social media.” Murphy is a fast speaker, optimistic and a tireless founder of start-ups. “But social media is actually very crude because it’s just the established layer that we are starting to live our lives in. What would be the next step?” 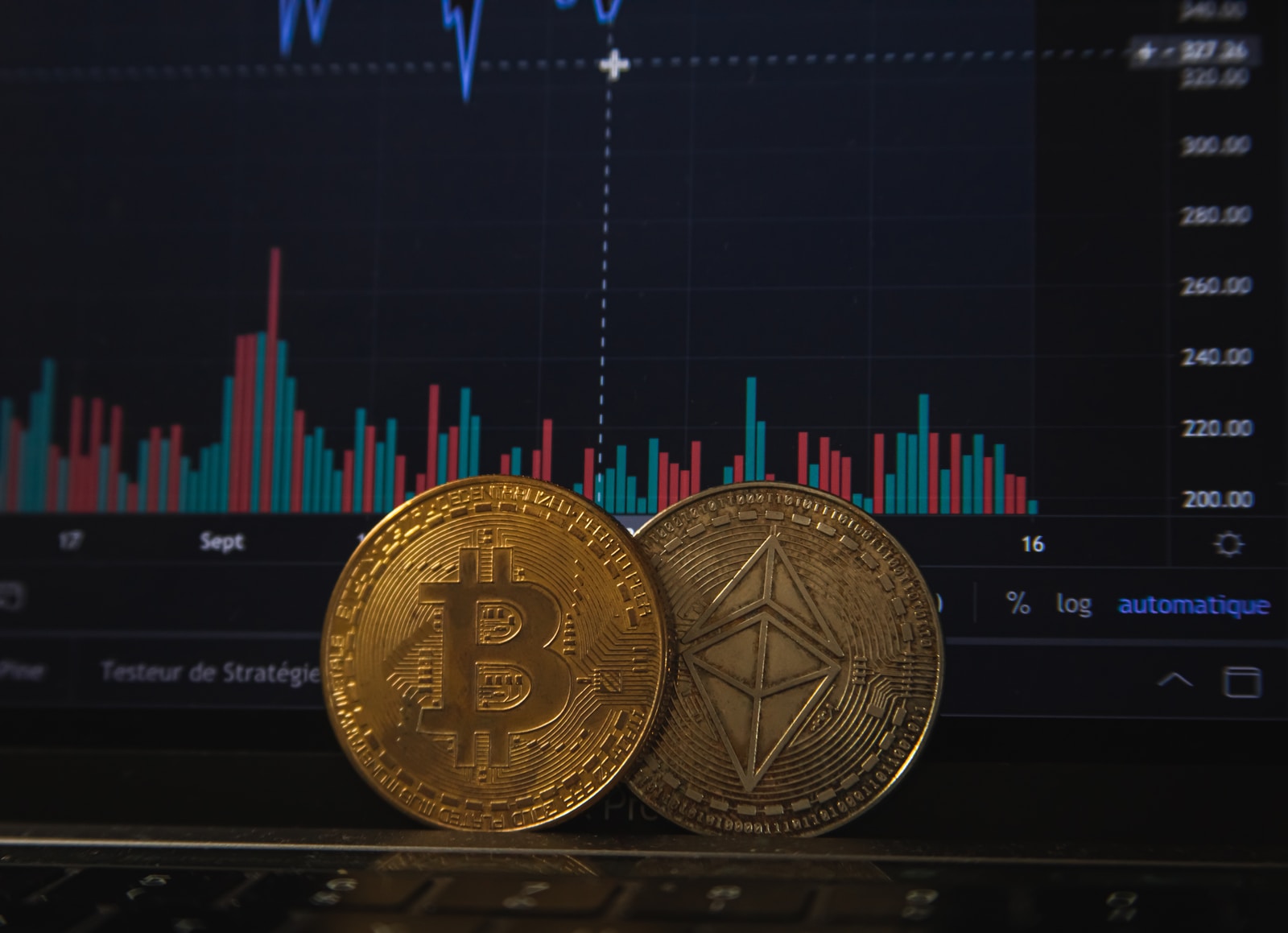 He means text, voice, and video as they are currently used on social media. There is no interaction between them. He believes that in the future, the way we interact with the virtual world will mirror our physical interactions more closely. Instead of sending messages, we could interact with digital 3D models of ourselves. For example, an avatar could be created from our Instagram account. Murphy and Amber Jae Slooten, a Dutch designer, co-founded The Fabricant. They have already created a digital collection for our “digital twins”.

“We buy the same products as we did in the 50-year past. There isn’t any clear innovation aside from e-commerce or new platforms,” Marjorie Hernandez (chief executive officer of Berlin-based startup Lukso) said via phone that it is still to be seen how digitalization will transform the fashion industry. Murphy is helping her to set up a blockchain system in the fashion industry. The Fabricant will sell its digital collection through Lukso’s app. It will be available for purchase by the end this year. Each piece of digital couture receives a unique identification number using blockchain technology. This is similar to the dress that was sold for 9,500 US Dollars. It gives each garment a unique identity, making it more difficult to replicate, and increasing its value for collectors.

The digital collection was launched by Carlings, a multibrand Scandinavian retailer. It emphasizes through its advertisements how its pieces do not impact the environment. The first collection’s trousers and coats cost as much as 30 euros. They can be ‘fitted’ to a customer’s photo after purchase. The second drop of the collection has already been announced on the website. The digital fashion concept could be a way to satisfy our desire for novelty and self-expression, without burdening the environment. A virtual dress needs to be attached to a photograph of a person before it is uploaded on social media. It then becomes part of our daily lives.

The fast-fashion model has made it easier for the garment industry to follow trends, but also caused more waste. The garment industry would not have to worry about pollution and working conditions in supply chains. It wouldn’t have any worries about unsold inventory or growing mountainous amounts of garment waste. Over-distribution of clothing is a problem for many companies. This is because consumers, especially in wealthy countries, already have more clothes than they need and don’t want to pay full price. Will consumers buy clothes they don’t need?

Hernandez stated that digital collectibles, digital fashion and digital sneakers will be huge in the near future. She cites Fortnite Battle Royale as an example. The online game Fortnite Battle Royale allows players to buy virtual clothing for their characters, which quickly became a status symbol among teens. She explains that the online game gave a glimpse of the potential for virtual collectibles. The so-called “skins” can be purchased by players for their characters. This quickly became a status symbol among teens. Clothes are not only warm but also allow you to express yourself. Murphy stated that this should be done exclusively in the digital age, where people spend more time online.

Is this something the mass market would be excited about? Murphy stated that although I doubt it, Murphy believes it is possible. Murphy added that most people are already on social media. He said that digital clothing could become a viable market in five years, but he was a bit impatient. He seems frustrated at constantly repeating his admittedly futuristic vision of the future to non-believers for a moment. He adds, “Now, I already believe that we can become a sustainable business by selling only digital fashion by next year.” It takes business vision and pushing boundaries. Until then, however, the company will finance its operations through 3D projects for fashion businesses. The Fabricant, for example, recreated in 3D the Hong Kong concept store I.T’s anniversary collection.

The border between reality & fiction

Last September, the first collection was released. A new collection is being planned each year. The Fabricant’s intricate designs can be expensive and time-consuming, just like real couture. The entire process of developing the first collection took over a year and took more than a month to visualize. 3D rendering things looks real in 3D costs more than a photo or video shoot. Murphy, who previously worked in 3D animation in the film industry, explained that it is difficult to create realistic 3D objects.

His fashion label pieces are also made to be a borderline between fiction and reality. Murphy says, “We’re doing something that isn’t physically possible.” Murphy shows how patterns can be assembled in 3D computer programs and animated with other software. Although they are impossible in real life, the pieces appear deceptively realistic. For example, Gravity is suspended by the falling of fabric in one his digital garments. Murphy explained that this would not be possible with a physical piece while tracing his fingers along seams of the digital yellow overcoat with fur sleeves.

The bright sunlight on the street is so intense that it makes the people and canal goers seem surreal. The bicycle bells sound as if they are distant. Kerry Murphy’s final words echo in the mind. “The world doesn’t need physical clothing. It doesn’t need another thing when there are so many wonderful things already. We think no.” 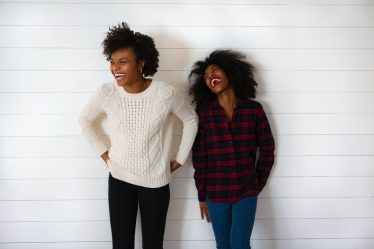 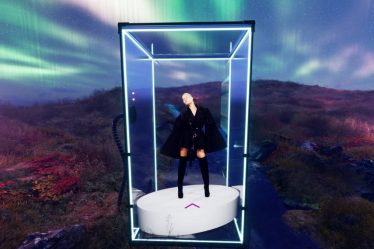 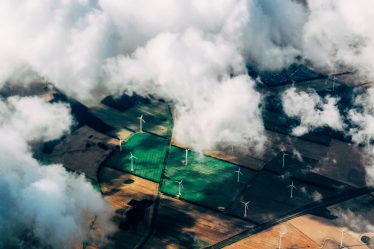