How sustainable is the shoe industry?

Home FASHION How sustainable is the shoe industry? Even though sustainability is gaining popularity in the footwear sector, it is not as well-known as the apparel industry. This is especially true for leather products. What is the significance of this?

The footwear industry’s most important raw material is leather. How can you tell if the leather, or the entire shoe, has been made sustainably? Certificates are one example. Many sustainability certificates have been created in the apparel industry over recent years to cover a variety of topics. Although labels can be confusing, certifications help consumers identify whether a brand is responsible and which products are more sustainable. Let’s begin with the certificates. What label and initiatives does the footwear sector have?

How do you recognize sustainable leather through certificates and initiatives?

The Leather Standard by Oeko-Tex certifies that the product is safe for human health. It protects the consumer, not the ecological or social standards of the production chain.

The International Association of the Natural Textile Industry’s (IVN) “Naturleder IVN certification” standard is the most stringent for sustainable leather. It covers all steps of the leather production process, from the raw material through to the sale and use. However, it does not include the final leather product. This standard is only known in German-speaking nations and it does not have an English equivalent.

There is also the London-based Leather Work Group (LWG), which brings together a variety of stakeholders from trade, industry, and NGOs. It certifies companies and not products. This is why it isn’t well-known to consumers. In recent years, its membership has increased tremendously: 160 organizations at the start of 2017 were members; today it is 1,300. This includes many large names like Adidas and Zalando.

Cads is a German industry initiative based in Offenbach at the German Footwear Institute DSI. It was established in 2008 to improve product safety and set limits for harmful substances. The full name of the organization is “Cooperation for Assured Defined Standards for Footwear and Leather Goods Products e.V.” There are currently 76 members. These include big names such as ANWR and Sabu, Birkenstock and Gabor, C&A Deichmann, Ricosta or Picard, Lloyd, Lowa, and Gabor. Consumers are likely unaware that the organization doesn’t issue certificates.

Cads has done a lot. Manfred Junkert, Cads’ managing director, says that this manual has been translated in many languages and is now a standard for the leather industry. I have heard it said that the Cads handbook looks like the manufacturer’s bible. Junkert says that there has been a marked improvement in the quality and impact of our work with producing countries over the past few years. It’s all about sharing knowledge and passing it onto manufacturers. Cads, for example, publishes a Restricted Chemicals List (RSL). This list is updated each year to remove harmful substances from production processes or limit their use. Junkert says that Cads limits often exceed the legal requirements, and even exceed the European regulation REACH (Registration Evaluation Authorisation and Restriction of Chemicals).

Cads members voluntarily agree to meet the ambitious goals. Cads is an alliance of the willing. Junkert says, “We try to be pioneers.” Cads is now determined to make external communication more important.

How sustainably can leather be? Leather manufacturer Josef Heinen

Leather is a natural product and a byproduct of the meat industry. Because it is not made from scratch, not using it would be environmentally sustainable. Leather processing is often considered extremely dirty. This is why today’s tanneries are mostly located in low-wage areas. Josef Heinen, a German leather manufacturer, proves there’s another way. Since its inception, the company has made environmental protection a priority for over a decade.

Heinen created the Terracare brand over 15 years ago as a mark of its sustainable leathers. Sustainability begins with the origin of animal skins. Thomas Heinen, the managing partner, says that only German slaughterhouses source their animals from close by and are thoroughly inspected. He can make sure that all processes are legal and as painless for animals as possible. Heinen cools the hides to ensure they aren’t damaged during transport. Heinen keeps the hides cool so that they don’t get damaged on the way to the tannery.

Many chemicals are required for tanning, but there are many ways to improve the process. Heinen says that chemicals are largely about price in most countries. Heinen says that there are many good options, but they can be much more costly. Heinen also works in chrome tanning. Heinen manages his chemical input through RSL lists and REACH regulations. He also takes into consideration how sustainable the substances are transported and whether biodegradable.

Ricosta, a German brand for children’s shoes, is one of those brands that uses Terracare leather from Heinen. Ricosta is also a member in good standing of Cads. It claims to be the first company selling children’s shoes worldwide to have a product that has been certified, Blue Angel. Ricosta just introduced the certification, and chose it due to its high visibility, even though it hasn’t yet played an important role in fashion.

Jorg Ertl (member of Ricosta’s management committee) says that “the sustainability of the footwear sector is not being communicated as often as it should.” Blue Angel certification could be an example. It is a symbol of high production standards and compliance with social standards. Although many of the company’s products comply with the label’s requirements for certification, the vast amount of documentation required to do so prevents other shoes from being certified. Ricosta has an established environmental management system since 1997. It produces only in its own factories in Europe. The majority of the leather is also from Germany and Italy. “We control the entire value chain. Ertl explains that this is particularly important for shoes for children.

However, the shoe industry does not require its own standard, such as one issued by Cads. “I counted once and there are 132 standards. It’s a maddening number and difficult to track.” Ertl says, “We don’t want labels to be hidden, but we offer consumers many options to learn themselves, including live chats via our website.”

It may be that the leather and footwear industry are now beginning to share their good works better due to the fact that leather has been falling into disrepute in recent decades. Particularly in the area of veganism. Anna Blunck is the head of Avocado Store’s buying department. She also observed that this question was frequently asked by customers: “Is the shoe vegan?” Many people think that vegan means sustainable. She says that there is still much to learn in the footwear industry.

There is pressure from other places too: Allbirds and other sustainable newcomers are dominating international markets. This is due to social media, DTC business, and the consumer’s desire for durable shoes. Winqs, a Berlin-based startup, has won an Ispo Award in recognition of its Zerofly running shoe. It is almost entirely made from bio-based and recycled materials. Jan Kratochvil (co-founder of Winqs) says that many plant-based materials are more efficient than plastic. The company offers repair services and accepts shoes back for recycling.

Kratochvil has been working in the footwear industry since a long time. He has seen how many brands have individual lighthouse projects but struggle to convert them into mass production. “This is due to the fact the traditionally positioned footwear market is subject to immense price and margin pressure.” Winqs, a new company, has the advantage to be able to start fresh, with a stronger DTC and selective dealer network, and without any obligation to continue distribution channels.

For footwear, circular economy is still in its infancy.

Although improvements have been made to individual steps of footwear manufacturing, it is still not clear how shoes can be recycled after their useful lives are over. It has yet to be invented a shoe made from mono-materials that still meets all functional requirements. Alternatives, such as disassembling the shoe into its parts to return it to production, have not been possible due to infeasibility. The problem with shoes is their multitude of materials. It is quite difficult to separate the materials and bring them back to the product cycle. Our soles could be granulated, as they are injected directly. Ertl of Ricosta says that we are currently investigating and exploring other possibilities.

Timberland announced recently that it will release a shoe that is both durable and easy to disassemble and recycle in time for Earth Day. Timberland has been using recycled leather and rubber from production scraps for a while. This is a pilot project, however. Like many industries, the circular economy and recycling are still in their infancy within the footwear industry. 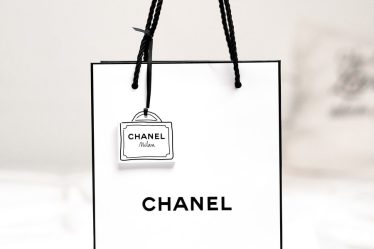 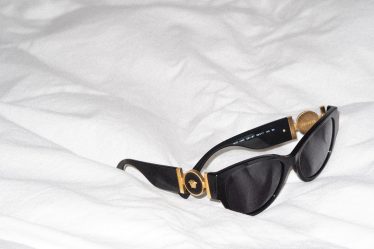 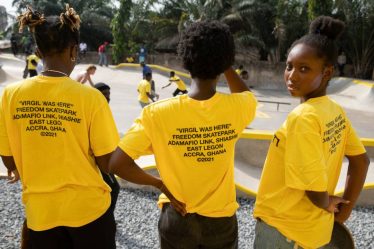