What if Fashion Brands did… less? Let’s have a conversation.

Home FASHION What if Fashion Brands did… less? Let’s have a conversation. 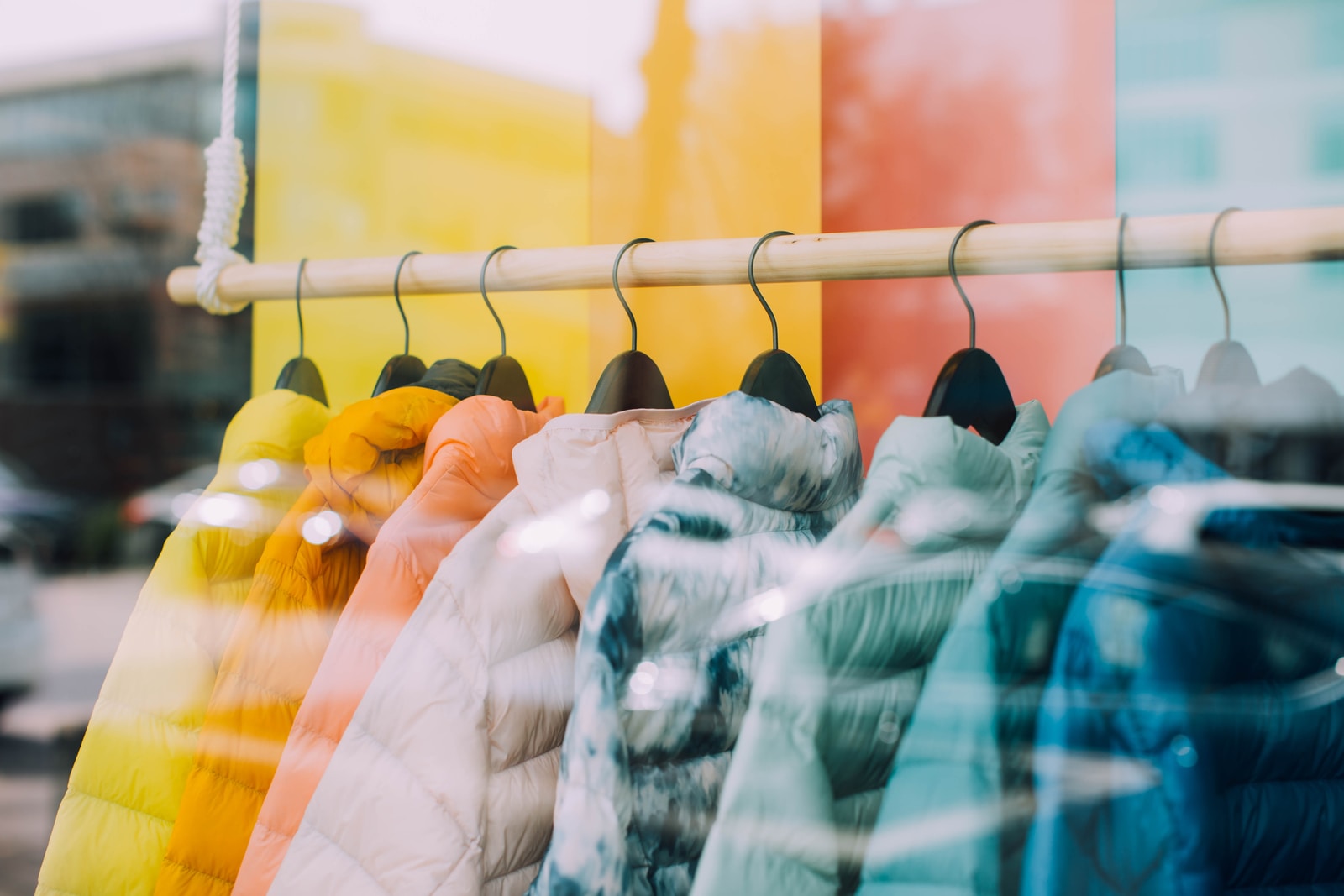 Many businesses were forced to the brink by this pandemic, but the retail and fashion sectors suffered especially. An industry built out of glitter and floss, which quite literally sells fantasy, was hit hard by the effects of global uncertainty. A terrified consumer base is reluctant to travel or spend money. factories that couldn’t operate without endangering workers. A glut of products was suddenly inappropriate for a lifestyle that had ended. The truth is that fashion had been in decline since long before COVID-19. This is a fact that many people don’t know. Horror stories were more telling than success stories. Once-ubiquitous retail establishments had to file for bankruptcy. Past indie darlings attempted their third (fourth) bancruptcy?

This has led to over 13,000 stores closing so far in 2020, which is already half the number of stores that closed in 2019. It’s not unreasonable to think that what’s happening is merely a correction of how overpriced the industry has become. Yet, I have found that this is exactly what I believe after having covered the industry following the 2008 recession. This is a result of all the things designers have taught me over the years. It is impossible to sustain the pressure to expand, produce, flood the market, and scale at breaking speeds. Many people have admitted to fearing that the industry’s rapid growth would eventually lead to their financial ruin. It is difficult for creatives to accept the possibility of losing their business due to numbers.

This is a thought experiment. What if fashion companies didn’t become so big that they were unable to compete? What if the fashion industry supported creatives who did one thing well and encouraged consumers to seek out durable, high-quality products? What if we only produced as much as was necessary?

Hillary France from Brand Assembly, an industry expert who assists emerging fashion brands in surviving as a business, reached out to me to discuss this. We talked about the root causes of fashion’s problems, how to encourage smallness rather than largeness, and why this industry, which should be a cultural mirror, was too distracted and ill-equipped for the moment.

We can’t go back to the days when we made our own clothes. So we have to rely on brands, labels and stores to make the clothing we wear. Let’s start a conversation about the future interactions of consumers with the industry.

Connie Wang: What if fashion labels did less? What problems would they solve? It would be a net-positive?

Hillary France: I began my career in the pre-recession period, and I was able to see this industry at its peak. We started chasing our tails after the recession. Although we had to supply the inventory in order to get the product into the store, it wasn’t selling at its full price so it had [to be] marked[ed] down to achieve those revenue numbers. We started second-guessing if this was sustainable. There was – there is – too much. It was overwhelming to feel like we only need to feed this business. What is the point of creating? Many people want to be creative and have a chance to build a business. Many don’t want more stuff.

Connie: Something I’ve always wondered about is if a brand becomes famous because of one thing that they do – like DOEN with dresses or Cult Gaia with the Ark .bag – why is there pressure then to expand into all of the different categories? It seems that the natural instinct is to expand really fast. Is there any compelling pressure to do this?

Hillary: This pressure can also be internal. When you have success with one thing, you want more. Brands are often dependent on investors. Investors want to grow, and that means you cannot just expand through one product or sales channel. If they’ve tasted success, you have to expand. But is that okay? To exist at that point?

My job was on the brand side. We would have a bestseller and then chase after another 100. We would rarely sell the extra units we produced. Is it OK to say, “All right, that sold, that’s great, let’s go on to the next thing?”

Designers want to make big bucks and cash out. However, I have met many designers recently who only want to make a living. It is important to separate these mentalities, especially for investors.

Connie: Do designers have any options to find investments that do not require unsustainable growth or scale?

Hillary: Fashion is a cash-poor business. Before you can get paid to sell the goods, you have to first pay for them to be manufactured. There are many creative and easy financing options that can help you address this issue. I just came across this company that helps you pay your bills that you can’t pay by credit card. It adds a little padding to your cashflow.

Connie: I think the key to fixing this problem is to lower barriers to entry. Creating the first product takes so much more energy than making the fifth or sixth. This reduces the barrier of exit and allows brands to decide that they will shut off the lights now that they have done what they wanted. It’s a feeling that even though you may feel done, you need to keep going.

Hillary: The biggest challenge has been production. If you have fewer units than you need, the cost per unit will be higher than if you produce 250. Because of their smaller margins, small brands must get footing from the beginning. Although I don’t know the solution, I believe designers can recognize that this is true and price things strategically right from the start. This will eliminate the fear of investing too much. Consumers are also affected. Emerging designers are often forced to price their products at $500 instead of $350.

Connie: It seems that fixing that would require not only changing consumers’ pricing views but also changing the reasons why things cost what they do. We don’t have the capacity to produce at a certain level here in the United States and therefore we pay more.

Hillary: Consumers’ mentalities are changing. This mentality is being abandoned by more and more people. They are now asking “What do you really need?” and “Why did I buy it?” I am a big advocate for local production and creating and maintaining opportunities. 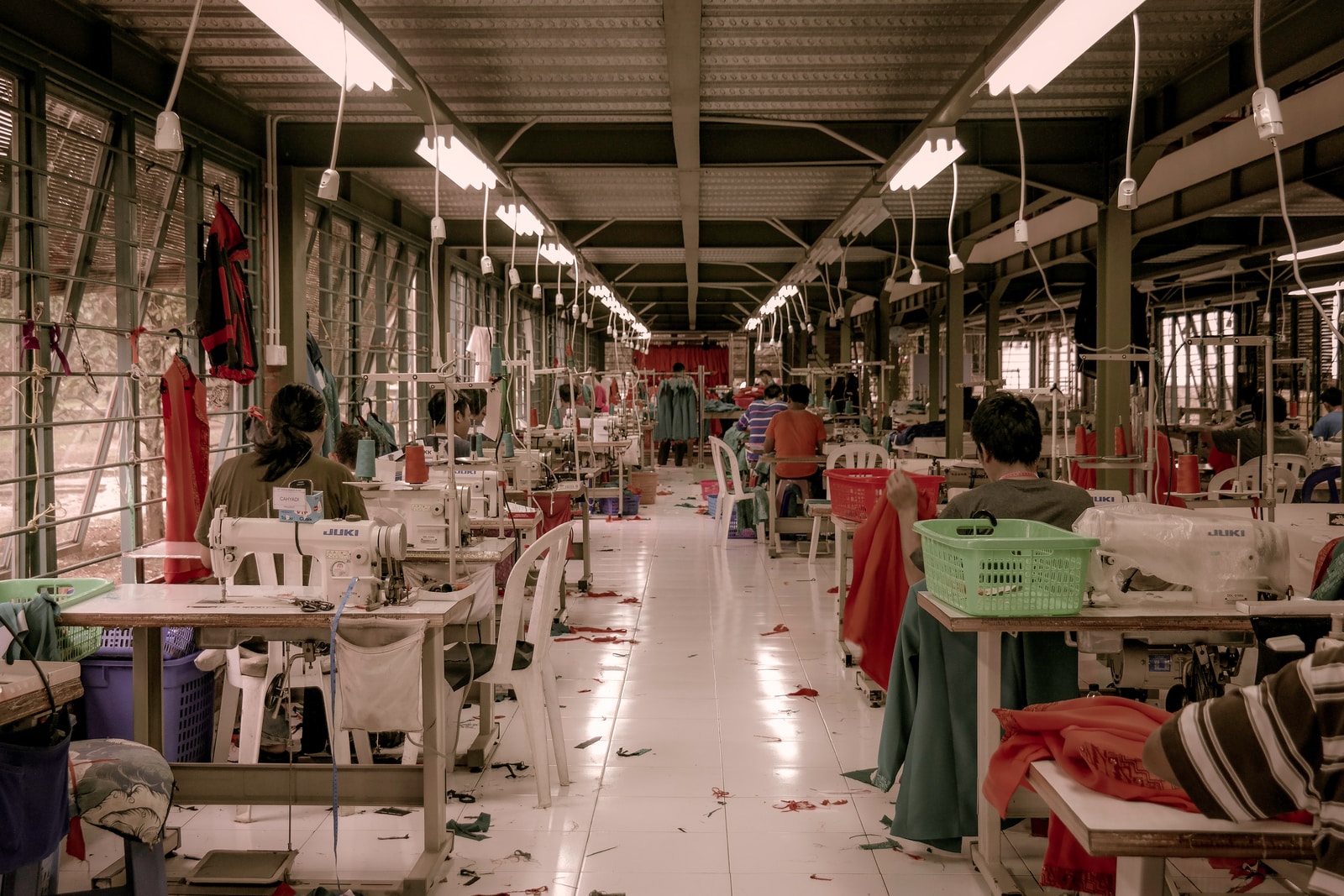 Connie: It’s not a good idea to design something in America, then produce it in China and ship it back to the United States for sale. It’s cheaper, and it also produces better quality because of China’s advanced manufacturing technologies. It seems like a major problem to me that designers are unable to produce products at the quantity they need, at their desired quality, and at the cost they require, while using resources closer to home.

However, if you look at China’s workers, it’s clear that there is a future in manufacturing. You can see that eveone in America is at least 50 years old when it comes to manufacturing clothing.

Hillary: The trade is not taught or apprenticed. The industry needs to have more workers on the production side.

Connie: I don’t think there is a rhyme or reason for the failures of companies right now, unlike the 2008 recession. They are big and small, mission-driven and missionless. They’re also failing in so many sad and undeserved ways. Retail is currently experiencing more negative stories than good, regardless of whether it’s financial or cultural.

Hillary: That’s a great point. It goes back to the idea of how many products are needed, the thousands of units that must be manufactured each month to service retail stores or run a direct-to consumer business.

It took only a month to destroy the company with COVID. This is the hard hamster wheel you have to turn if you need to sell X number of units to keep your staff on their payroll and develop and produce new products. Brands can’t afford losing a month. That is often tens of thousands of dollars. This is a serious mistake. In such a situation, the wheels can easily fall off.

Connie: Your job is to make sure brands live and have a long existence. What if we change our mindset to make it easier for us to pull the plug? Is it unfair to reduce the brand’s lifespan? Are there benefits and pros to doing so?

Hillary: I am a founder and CEO. Since COVID, I have been through seven stages of grief with my company. In-person events made up the majority of our revenue. Either I wanted to keep my head above water and grab every revenue opportunity, or I could relax and save cash until I’m ready. It is important to be able to adapt to changes in your business. This includes the ability to pull the plug.

Connie: A metaphor. I feel that we are in a time where we can expect a wide variety of content from our TV programming. Some TV shows can be accessed online. Some TV programs become part of our daily routines and are essential: For instance, news programming. Some programs are relevant for more than a decade. Some are relevant for a decade or more. We celebrate them because their stories are complete and they shine brightly. Everyone is happy that they come to an end. The creators of the one-season success move on to other projects and we consider their careers successful.

The industry has been set up to allow for this wide range of content and variety of output. This is how fashion products can be viewed. They are very similar to television shows in a way. These products are creative and can be used for wants but not needs. These products are for people who want to see themselves in others or find their reflections or mirrors in their consumer choices.

Hillary: That’s a great point. It’s a Netflix mentality where everyone is consuming the same thing at once and then we can move on. This is similar to your earlier question about how brands can die with dignity. This also ties in to current trends. It’s like, I want the TV shows and collections to be memorable because they tell a story, not because someone is telling me that you must wear it. 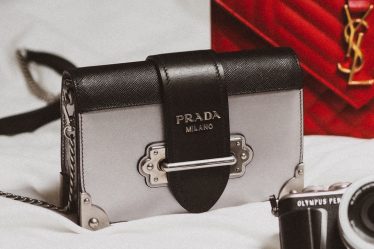 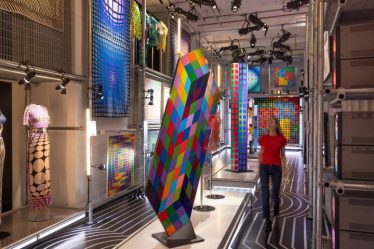